When the Odds Are in Your Favor: Marla Wright’s Epilepsy First Aid Training Helps Young Man in Las Vegas

Epilepsy Foundation Training is Put to Use in Real World

Cecilia Corral and her daughter, Mariana were a part of the EFSDC during 2008-2010.  During that period, Mariana participated in the Arts Program for 3 years and she recognizes the importance of this experience of life in the post below: 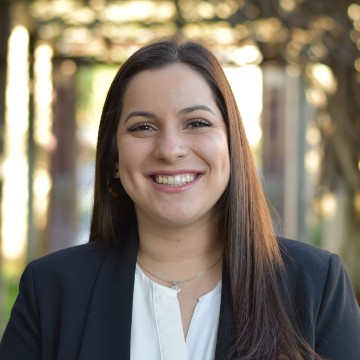 Political science, Spanish, and communication major Mariana Perera ’20, will be using her Fulbright fellowship to study disability rights policy in Brazil, which she says is a good proxy for the strength of a society’s social structure and democracy.

Disability rights policy is an issue she witnessed firsthand after her younger brother Sergio was diagnosed with epilepsy, autism, and developmental delay just before his first birthday. Watching her parents struggle to find social and academic services in Mexico and then California convinced her that disability services are key to a thriving community life. Perera wants to study “how we can help society learn to advocate and learn what they can achieve—on their own, or through organizations, or with politicians—to bring a better society to everyone.”

“Mariana’s proposed project will provide insight into the workings of Brazil’s democracy, and is the perfect marriage of her long-standing interests in political science and her personal investment in intellectual disability rights,” said Naomi Levy, her political science professor and adviser.

In many ways, Brazil made sense because “I’ve always had an interest in Latin American politics,” said Perera, especially after studying abroad as a direct exchange student in Chile and taking an SCU class on Politics of South America.

She also learned a lot from an immersion program offered by the Ignatian Center for Jesuit Education, which took her to the Tenderloin district in San Francisco for seven days, including visits to food banks, wellness centers, and nonprofits. The experience helped her learn how to really listen to a community in order to effectively help its residents.

Perera was a Hackworth Fellow focused on government ethics at the Markkula Center for Applied Ethics, where she studied the ethics of an impeachment trial and ethical dilemmas of pandemics.

After her family moved to California from Mexico to better help her younger brother when she was nine, Perera grew up in San Diego, Pleasanton, and Fair Oaks. The San Diego Epilepsy Foundation aided her with an expressive arts therapy program to help her cope with her brother’s situation and find her own role in the family dynamic, including empowering her to build a fundraising team on her brother’s behalf.

“That’s really where I learned about advocacy,” she said. “Very often siblings get left behind in the story of disability. They play such a crucial role, and it is important they know they matter just as much.”

Her mom Cecilia works in a facility for adults with disabilities, and is an advocate for disability rights including helping Spanish-speaking families navigate the educational and social services system in California. Her dad Sergio oversees a number of stores in three states for the financial services firm DolEx.

Perera doesn’t know precisely what she wants to do after graduation, but says it will be in an advocacy capacity of some sort. “I want to be sure our democracy is functioning for everyone, especially those who don’t have a voice,” she said.

“ I always walk away from anything involving the epilepsy foundation calmer than I went in, be it volunteering or therapy, and I mean that. There’s an intangible sense of purpose wrapped up in all aspects of what y’all do that bleeds outward from the wake… pure oxygen to a drowning epileptic.” –Ben Jay

“I am so thankful for the foundation. You’ve been a lifeline for me and by proxy for my family. I honestly don’t know that we would have survived as successfully as we have without our connection to EFSD.”-Megan Scollay

“Family camp was the best thing we have done as a family!”-Shannon Rowson